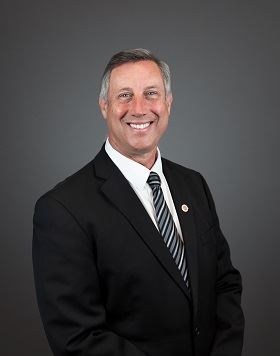 Commissioner Dozier was born on a military base in Paris, France in 1960. When his father retired from the U.S Army, the Dozier family moved to Bay County in 1970. A graduate of Bay High School in Panama City, Mr. Dozier served in the U.S Army, graduating from the Army's survey school and attending Central Texas College.

Mr. Dozier worked for Bay County for more than 16 years prior to becoming a commissioner, 14 of those years in the Engineering Division. Mr. Dozier and his wife Kelly have six children and twelve grandchildren. They are active members of Hiland Park Baptist Church and enjoy camping, fishing and hunting.